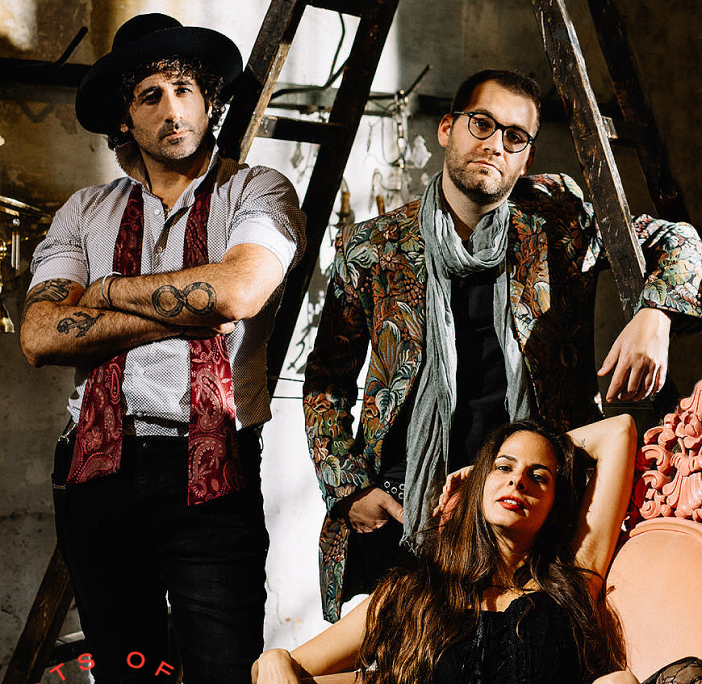 Terrorists Of Romance is an Indie Folk and Alternative Rock band with a raw and energetic sound, formed in Barcelona in 2019. Vanessa Salvi, composer and performer of Italian-Norwegian descent, is the creator of this project made up by Francisco Ujaque “Kiko” (musical director and bassist) and Pol Barberán (keyboards, synthesizer and guitar), Noel Campillo (guitar), and Sergi Karod (drums).

Their references par excellence are undoubtedly No Doubt and Garbage, recovering and taking back to the stage that beloved style of the 90s in an avant-garde way.

In addition to being a booming band both in Spain and abroad, the releases of their two albums had a lot of coverage in the press. They have appeared in various media such as Mondosonoro, RTVE, Radio3, Mariskalrock, Musikalia, Europapress, Rockinspain, Beteve among others, even reaching magazines such as Relix on the other side of the Atlantic.